Strange Company`s Director, Hugh Hancock, died in 2018. Strange Company is no longer a registered Company. This site is part of his body of work, and as such it is hosted and maintained by a group of volunteers and as an archive of his work. If you have any problems with the site, please report them using this form. 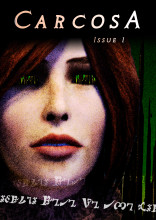 Edinburgh, Scotland: one of the wierdest, most occult cities in the world.

Final resting place of the Knights Templar, site of the foundation of Freemasonry, home to magicians and graverobbers, haunted by more than 10,000 years of human history.

The underbelly of the Internet: Vicious criminals battling over murder-for-hire search engine ranking. “PUAHate” cults practising crippling self-mutilation for “attraction points”. Anonymised libraries of best practises for the illegal, the obscene, and the insane.

The 21st century’s darkest corners are as terrifying as anything the world has known.

And dread Carcosa, whose spires can be seen in the shadows of the oldest cities. Destination of the lost, the curious, the power-hungry and the doomed.

Join obsessive genius Ailsa as she hunts for the world-shattering truth behind her brother’s Tarot-inspired murder, in “Carcosa”.